It came back to me when I watched the last couple of scenes in the movie Silver Linings Playbook.

The view of the lobby of the old Ben Franklin Hotel brought the memories flooding back. It was 1961, just a year after the Eagles NFL championship season. I was 13, and deemed old enough to begin to accompany my Uncle Pete to watch the Eagles play at Franklin Field.

Driving up from Wilmington, our first stop was the Ben Franklin Hotel, where we had no trouble parking right on Chestnut Street. We had breakfast at the hotel, and then sat in the lobby and read the Sunday Bulletin until it was time to head to the game. That lobby floor, with its distinctive checkerboard pattern, was what hit me so hard when the movie captured it with an aerial view. I can remember it clearly, as though it was yesterday.

We drove to Franklin Field, arriving a couple of hours before game time, parked right across the street from the stadium (again, not a problem), and waited on the sidewalk by the west entrance, as the Eagles began to show up, either walking or getting out of taxis. They all wore suits, and they all graciously signed autographs and chatted with the small crowd assembled there on the sidewalk. Tom Brookshire, Pete Retzlaff, Tommy McDonald, Don “The Blade” Burroughs – to name but a few.

Indeed, it was an entirely different experience from the NFL game experience today. Back then, most of the seats were sold on the day of the game, and that day’s weather had a lot to do with attendance. Today, of course, games are sold on a season ticket basis, and the waiting list for season tickets extends several years. On game days, players are now a protected group, with no more pre-game chats and autograph signings – and it’s probably just as well for them, given the fan behavior we see today.

Back in the early 1960’s, we sat in the top row of the east end of the stadium. The crowd always seemed congenial. I don’t recall bad language or drunken behavior. I’m sure there was some, but I don’t remember seeing it, and I have to believe it was rare.

Time has passed. I have had my own season tickets since 1975. Newly married, my wife would go with me to a few games, and I would take friends to others. As the children were born and grew to be about the same age I was with Uncle Pete, they started to take turns as my game companions. It was always a great day out, win or lose. Some seasons were frustrating, but others were exhilarating.

But at 65, things have changed for me. I still have those two tickets, but personally only attend a couple of games each year. There is just too much to deal with – clogged traffic or jammed subway cars, long lines for security checks, way too much drinking and foul language, non-stop high decibel loudspeakers, fights breaking out both inside and outside of the stadium, and games scheduled for the benefit of TV ratings, rather than for the fan in the stands. I mean, who really wants to attend a December or January game at 8:30 at night in the frozen confines of Lincoln Financial Field? I certainly don’t.

But others do, and the Eagles seem to have that waiting list, so I guess all is reasonably well for them. But then I see games being played in Tampa, Jacksonville, San Diego and other locations, and notice how many empty seats there are. Could it be that the NFL is finally arriving at a tipping point, and that the large-screen HD television is beginning to look better than the actual stadium experience?

Time will tell. For now, it has been pleasant to think back to that lobby at the Ben Franklin Hotel, getting autographs from my football heroes – and spending a really nice day with my Uncle Pete. 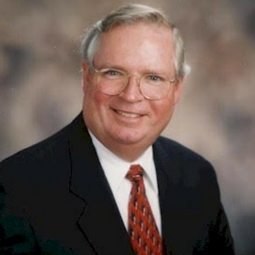